Dr. Rajendra D. Badgaiyan, MD, is a psychiatrist and cognitive neuroscientist. He is Chairman of the Department of Psychiatry and Behavioral Sciences at Richmond University Medical Center, and Professor of Psychiatry at Icahn School of Medicine at Mount Sinai in New York. He received formal training in psychiatry, psychology, cognitive neuroscience, molecular imaging and neuroimaging. He was awarded the prestigious BK Anand National Research Prize in India and Solomon Award of Harvard Medical School. His research is focused on the study of neural and neurochemical mechanisms that control human brain functions. He developed the single scan dynamic molecular imaging technique (SDMIT) to detect, map, and measure neurotransmitters released acutely in the human brain during task performance. This technique is now used in laboratories all over the world. Using this technique, he studies dopaminergic control of human cognition and behavior. He is also interested in learning the nature of dysregulated dopamine neurotransmission in psychiatric and neuropsychiatric conditions. His research is funded by NIMH, NINDS, VA, and various foundations. Previously he served in the faculty of Harvard Medical School, SUNY Buffalo and University of Minnesota. He has published extensively in peer-reviewed journals.

Neural and Neurochemical mechanisms in Human Cognition and Behavior 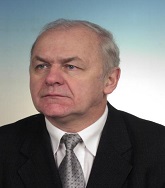 Dr Jerzy Leszek is Professor of Psychiatry, Vice-Head of the Department of Psychiatry , Head of Alzheimer’s Disease Lab at the Medical University in Wroclaw , and Scientific Director of Alzheimer’s Disease Center in Scinawa near Wroclaw, Poland. He graduated at Medical University of Wroclaw in 1979, was awarded a doctorate in Wroclaw in 1981 and in 1999- examination for the degree of associate professor of psychiatry and since 2005 he is working as full professor of psychiatry at Wroclaw Medical University. He is author and co-author more than 240 papers (especially from old age psychiatry), some chapters to the books published in reputed Polish and international journals and serving as an editorial board member of several journals .He is Editor –in-Chief of Journal of Yoga and Physical Activity. He is Scientific Editor and co-author of first Polish academic handbook on Alzheimer’s disease and nine another academic handbooks from old age psychiatry(Polish and internationals) , member a lot of scientific associations e .g founder and president of Lower Silesian Association of Alzheimer’s Families, first of its kind in Poland ,President of the Scientific Council of Alzheimer’s Disease Center in Scinawa, near Wroclaw , Former President and founder of Polish Psychogeriatric Association, Former Secretary(now member) of European Old Age Psychiatry and Former Member of Board of Directions of International Psychogeriatric Association Dr. Pant received his M.A. and Ph.D. degrees in Physics from Agra University, Agra, India. His postdoctoral studies were conducted on the mechanisms of electron and ion transport in model membrane systems at the Department of Biophysics at Michigan State University. He joined the Laboratory of Neurobiology in the NIMH as a senior staff fellow in 1974 with Dr. Ichiji Tasaki where he studied the function of the axonal cytoskeleton in the squid giant axon. In 1979 he moved to the NIAAA extending his studies on the neuronal cytoskeleton and the effects of alcohol on its regulation. Dr. Pant moved to the NINDS, Laboratory of Neurochemistry in 1987 where he is presently chief of the section on Cytoskeleton Regulation. His laboratory is studying the mechanisms of topographic regulation of neuronal cytoskeleton proteins by post-translational modification, including the role of kinase cascades in normal brain and during neurodegeneration.

Amina S. woods is an investigator at integrative neuroscience branch, structural biology unit, NIDA. Woods obtained her B.Sc degree in chemistry at Loyola College. After graduation, she joined Department of Pathology and went to University of Maryland Medical School and obtained her M.S. She received a Ph. D in Pharmacology and Molecular Sciences from Johns Hopkins School of Medicine. She has undergone Post-doctoral training in Oncology Immunology, Johns Hopkins School of Medicine (Advisor Elizabeth Jaffee). Dr. Woods received “Woman Scientist Achievement Award” from NIDA in 2011. Ljudmila Stojanovich received her Ph.D. in Medicine, with the thesis “Neuropsychiatric manifestations in patients with Systemic Lupus Erythematosus” in 1999. She is the scientific director in the Bezhanijska Kosa, University Medical Center of Belgrade University, where she is currently a Research Professor. 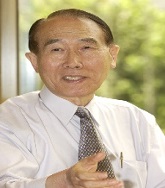 Dr. Cho was the Professor of Radiological Science as well as professor of Psychiatry and Human Behavior at University of California at Irvine since 1985. From 2005, Prof. Cho served as University Professor and Director of the Neuroscience Research Institute, Gachon University of Medicine & Science, Incheon, till he joined as a Distinguished Research Fellow at the Adavanced Institute of Convergence Technology (AICT), Seoul National University, Seoul,Korea. Since 2017, Professor Cho is concurrently serving as a director of Neuroscience Research Institute, Suwon University, Suwon, Korea. Prof. Cho was the first who pioneered world’s first "Ring PET", the first molecular imaging device, in 1975. Professor Cho has also been a pioneer in the field of MRI. Since 2005, world’s first 7.0T MRI coupling with super resolution PET (HRRT) for the world’s first PET-MRI fusion system professor Cho developed. Among the many honors and awards, Professor Cho was elected as a member of US National Academy of Science, Institute of Medicine in 1997 (Now US National Academy of Medicine).